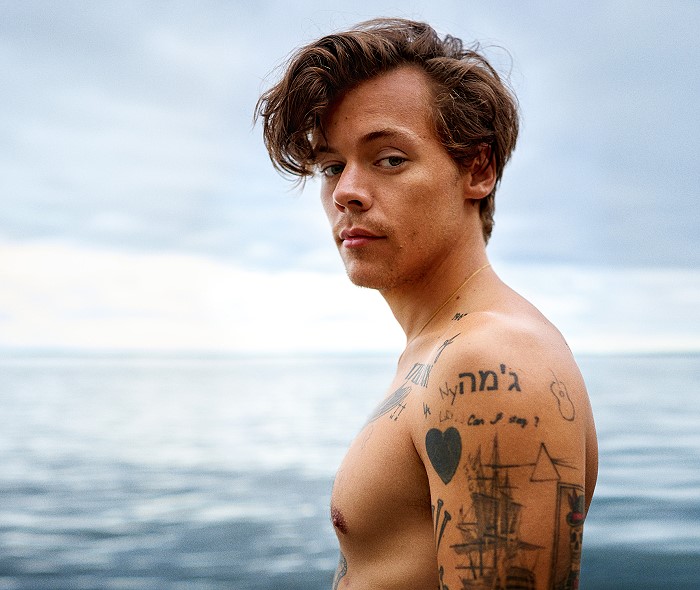 Harry Styles is set to star in the film adaptation of the novel My Policeman for Amazon Studios. Lily James and an uncast actor wil co-star.

Greg Berlanti and his husband Robbie Rogers will produce alongside Berlanti’s partner Sarah Schechter for Berlanti/Schechter Productions. Cora Palfrey and Philip Herd at Independent Film Company and MGC will also serve as producers. Michael Grandage will direct a screenplay adapted from the Bethan Roberts novel by Oscar-nominee Ron Nyswaner.

My Policeman is set in the 1950s in Brighton, England, where schoolteacher Marion first catches sight of Tom and becomes instantly smitten with the handsome policeman. Then Tom meets Patrick, a museum curator who opens his eyes to a glamorous, sophisticated new world.

Though Tom is drawn to Patrick, it is safer for him, in that day and age, to marry Marion. Thus, the two lovers must share him, until one of them breaks and all three lives are forever changed.

The film will employ a flashback structure and take place in the late ’90s, when Tom and Marion take an elderly, invalid Patrick into their home, forcing them to revisit those seismic events from 40 years earlier and Tom’s passionate relationship with Patrick, which came at a time when homosexuality was illegal. Styles will play Tom and James will play Marion.

Born on February 1, 1994, he is from Redditch, England. Rose to fame as a member of the pop British boyband One Direction, performing alongside Liam Payne, Louis Tomlinson, Zayn Malik, and Niall Horan.

He later embarked on a solo career and released his first single “Sign of the Times” in April of 2017.